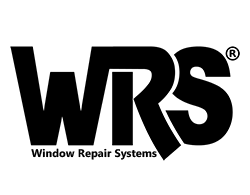 Everything You Need to Know About Window Balances 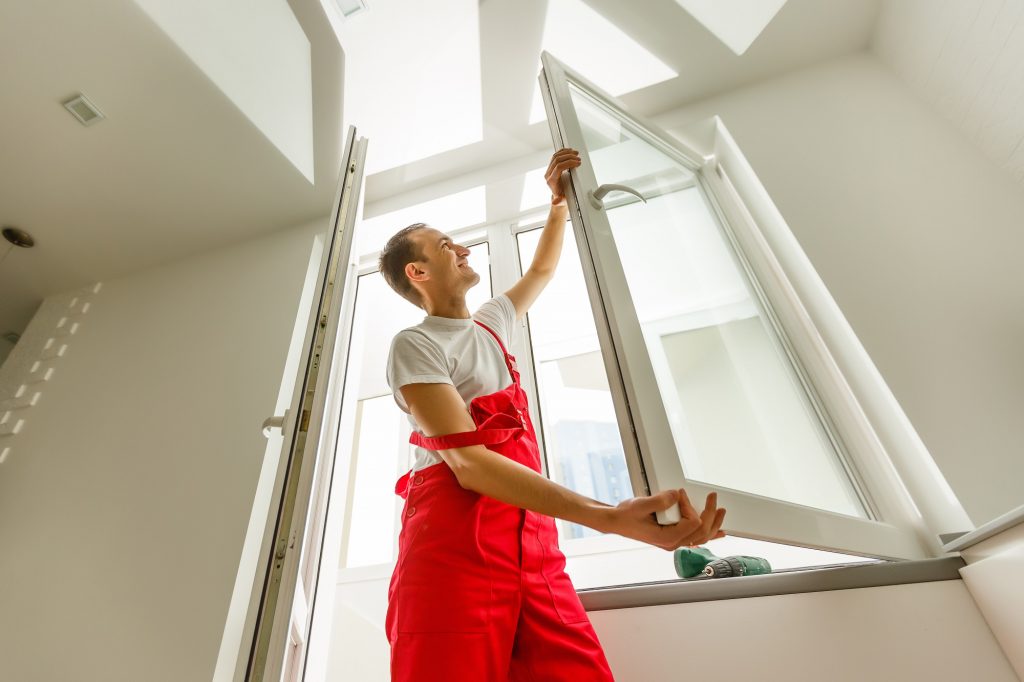 The average school spends about $666.9 billion each year. However, one cost your school may not be considering in your budget is the cost to replace your window balances.

Does your school have many windows that don’t open and close properly? Then it may be time for new window balances.

Most people don’t even know about window balances until the window stops functioning as usual. This component is usually to blame for problems with opening and closing your windows.

Want to know more about how balances help windows function properly and what to do when they don’t? We’ve created this complete guide to answer these questions and more, so keep reading.

What Are Window Balances?

Before window balance systems, people had to get creative if they wanted to open their windows. If you wanted to prop your window open, you had to heave it up with all your strength. Then, you would prop the sash open with blocks or even sticks.

The window balance changed all that.

Why do window balances come with these types of windows? Single- and double-hung windows are heavy. Window balances redistribute some of that weight, making it easier to open and close the door on your own.

Manufacturers build balances into the window’s frame in a location called the window jamb. Window jambs create the sides of a window.

Balances come in both residential and commercial windows. Balances for commercial grade windows are often referred to as heavy-duty balances.

How Do Window Balances Work?

When you lift up on the window, the balance helps you manage the weight. That’s why you can open the window with relative ease.

At the same time, balances make closing windows easier. When you pull down on the sash, the balance counters its weight. That way, you don’t have to pull as hard, and the window won’t slam as it closes.

Do All Windows Have Balances?

There are seven common types of windows. Aside from single- and double-hung windows, this includes a picture, casement, bay, awning, and horizontal sliding windows.

Only single-hung and double-hung windows have balances. You won’t find these components on other types of commercial and residential windows.

Also, windows installed before the 1600s never have balances. That’s because single- and double-hung windows weren’t invented until the late 1600s. In the US, it’s more common to see balances in windows installed in the 1930s or later.

Window balances have changed over time. When a window repairman comes to fix your windows, he or she will need to know what type of balance they’re dealing with.

If you can figure out what kind of balance is in your window, you can save a lot of time ordering and buying window balances and parts. To do so, though, you need to know about the four different types of balances out there. We’re talking about them next.

When you open the window, the cast-iron weights exactly counter the weight of the sash. This allows you to open and close the window smoothly.

If you take off the sash and see a cotton cord and cast-iron weights, you have yourself a cord and weight window balance.

Spiral balances came about a few decades after the cord and weight balance. Some window experts also call this type a tube balance. That’s because these systems work because of their spiral rods and springs.

The spiral rod attaches to the sides of the sash. When you open or close the window, the rod rotates, which produces tension. This tension helps balance the weight of the sash, making it easier to raise and lower.

How do you know if your windows utilize spiral balances? If you remove the sash and find a metal tube, you’re dealing with a spiral balance system.

Block and tackle systems are a major improvement on spiral balances. Namely, these systems are relatively easy to replace, and they don’t wear out with use.

Unlike the previous two systems, block and tackle balances feature window sashes that sit in the vertical side jambs. Two clips secure the sash to the frame for easy removal.

When you raise the window sash, it moves with the balance. The pulley then stretches the coil, which helps to balance the weight of the sash.

Block and tackle balances are very common in modern windows. If your school was built within the last 20 to 30 years, odds are the windows work with this type of balance.

Windows installed before the 1990s likely won’t have these systems. That’s because the first patent for block and tackle balances wasn’t filed until 1997.

If you still aren’t sure, remove the sash from the window and look for an exposed spring. Remember that if the spring is concealed inside a metal tube, you’re probably looking at a spiral balance instead.

Constant force systems are the latest and greatest in balance technology. These systems use stainless steel springs like spiral and block and tackle balances. The coil sits in a small pocket inside the window jamb.

Another thing that sets this type of balance system apart is that computer software programs determine the exact amount of weight needed to balance a particular window. Every one of these systems is custom-made to suit the window’s specific dimensions.

Further, most companies offer lifetime guarantees on the parts in a constant force window balance. That’s because these systems rarely, if ever, break down.

Manufacturers make constant force balance systems from high-quality and durable materials like stainless steel and polycarbonate. That means you won’t have to deal with rust or wear to these components.

Now that you understand a little bit about window balances, you may be wondering: how do I know if a window balance is broken? Here are the top three ways to tell if your balance needs repair or replacement.

If you aren’t sure when the window stopped opening and closing, you might first want to check if someone has painted the window shut. You could also try spraying lubricant into the coil if you have a system that uses a spring.

Barring these two issues, you can bet that it’s a problem with the balance system.

Another surefire sign your balance needs repair if the window has become progressively more difficult to open or close. The same is true if the window seems like it is opening or closing a little too easily.

The Window Slams When You Close It

A window that slams when you’re trying to close it can be dangerous. It’s also a sign of a faulty balance system. This is especially true if the window is also hard to push open.

Sometimes, a window with a faulty balance will also shoot open at the lightest pull. Windows should take at least a little effort to open, so this is a sign that you need to get your balance checked out.

Finally, consider getting your balance checked out if the window opens or closes a little too easily. It will be easier to repair the window at this early stage. That way, you can prevent damage to the window frame if the window starts to slam down on its own.

Does your window shut on its own every time you try to open it? Whether because the spring has worn out or the weight system has gotten out of whack, that’s a sign you need to call a repairman ASAP.

Keep in mind, though, that a window that won’t stay open could have something to do with the fasteners to because the tracks need lubricating. Also, the cord could be broken if you’re dealing with a block and tackle or cord and weight system.

When to Repair vs. Replace a Window Balance

You should always seek the help of a professional before you try to fix a window balance yourself. These systems are under tension. If you mishandle the repair or replacement, you could seriously injure yourself or someone else.

Yet, you may still wonder how to recognize when a balance needs repairing vs. when you need to replace the balance. Here’s how to do just that.

When You Need Window Repairs

The only reason you would want to repair a cord and weight balance is if you can’t replace the window. These systems cost more to repair because you have to remove the sash completely. On top of that, you may have a hard time finding a window repairman who knows how to work with these systems.

You can typically salvage a block and tackle balance instead of replacing it altogether. The most common culprit of a faulty block and tackle system is a broken cord that operates the pulley.

Because the coils aren’t stainless steel, block and tackle balances can also suffer from dirt buildup. In these cases, you may be able to simply spray lubricant on the coil instead of replacing it.

When You Need Window Replacement

As we mentioned, you should always try to replace a cord and weight window balance when possible. These systems are old, and it’s getting harder to find repairmen who know how to work with them.

You can’t repair a spiral balance. And that’s bad news because these balance systems get weaker the more you open and close your windows. Instead, you’ll have to replace your spiral balance, preferably with a more modern system.

If your block and tackle system has rust in it, you will have to replace it. Otherwise, these systems are relatively durable. So if you can get away with a repair, go with that option instead.

Constant force systems are the most durable and hardy balances out there. Unfortunately, though, if your constant force balance does break, you’ll have to replace it.

Fortunately, most window repairmen know how to work with modern constant force systems. And as we mentioned earlier, manufacturers usually offer lifetime warranties on the parts, so the cost to you will be low.

Window balances are systems that make opening and closing windows easier. If the windows at your school open and close vertically, odds are they contain balances. But when these balances go out of whack, you may not be able to open the window at all.

Does your school need a window balance system repairman? You’ve come to the right place. Call or email us today to learn more about our balance repair and replacement services!

PrevPreviousWindow Repairs vs. Window Replacement: Which Do You Need?
NextThe Benefits of Hiring a Professional for Commercial Window RepairNext 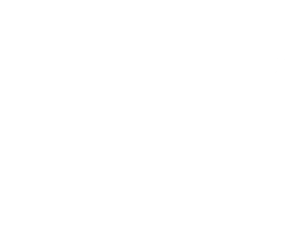